I am working through the following Ansible demo 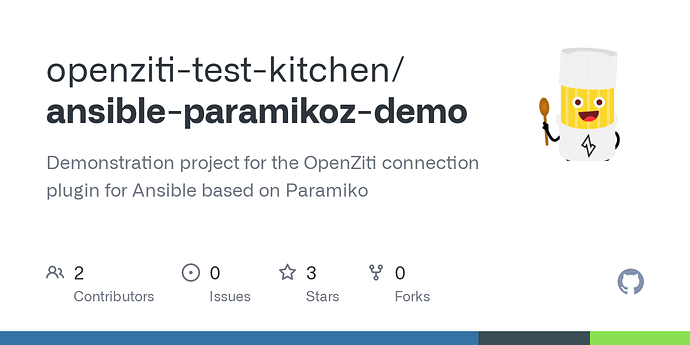 I received the following error when running ./setup.sh

Before I ran this, I did run both of the following commands

I am not really sure what it means… 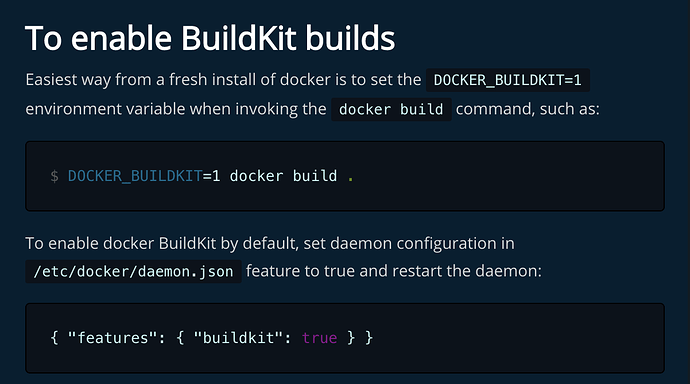 Learn the new features of Docker Build with BuildKit

I found this reference… so… I guess its best to just modify the deamon.json file and restart it

then… try rerunning the script

Starting to get stuck now… as I did that change… but it did not resolve the issue.

Has anyone else had this issue before?

I also tried this but it did not work either

I am running the script on an Oracle Linux V8 micro instance. Not sure if that changes anything.

Any tips on how to get this script to work?

I tried to re-run this on another computer… with a fresh install.

Unfortunately. it fails on the same step

Hey @markamind, can you share the docker --version output on your host? This is indeed some issue in the specific docker version and BuildKit integration. I want to get a better understanding of whether we should modify the Dockerfiles to separately copy and chown files so as to avoid the issue altogether. The setup.sh already sets DOCKER_BUILDKIT=1, so there is something going on here.

Cool… thanks for the note. I am really keen to have this demo working

Here is the version

I look forward to your feedback

Thanks @markamind. I apologize, but could you also share the docker-compose --version output? If it’s at version >=1.25.0, can you append COMPOSE_DOCKER_CLI_BUILD=1 directly in the setup.sh script, prepending the DOCKER_BUILDKIT=1 line as such:

See details below. Let me know if I need to upgrade to a more recent version.

@markamind Thank you for sharing.

I’m inclined to change the way this works to not depend on BuildKit, as this is now the only functionality using it (I think). BuildKit integration for docker-compose seems to have been added in version 1.25.0, which was released late 2019:

For now, can you try upgrading your docker-compose version and retrying? Is the version you have installed the version that ships in your distribution’s base package repositories? You will still need to export COMPOSE_DOCKER_CLI_BUILD=1 or prepend it.

Thanks for your help in surfacing this issue.

Thanks for the notes… when I installed docker compose… it was a random version.

I used the following commands to install 1.27.4… is there another version that would be better?

Confirming its all up and running now